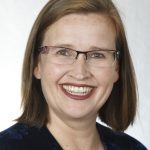 When I came across the research that shaped this campaign, I was saddened to hear that adults often excuse or minimise the impact of aggression by boys with phrases like: “It’s not like he hit her”, “It’s not that bad” or “Boys will be boys.”

It was worrying to read that girls and parents often blame the girl in the scenario and say things like: “She must’ve done something to provoke him.”

One in three women have experienced physical violence since the age of 15, and one woman every week dies at the hand of a current or former partner.

Even higher rates of violence are experienced by diverse groups of women. Aboriginal and Torres Strait Islander women are 34 times more likely to be hospitalised as a result of violence-related assault than non-Indigenous women in Australia.[1] Women with disability are 40 per cent more likely to be the victims of domestic violence.[2]

These shocking statistics demonstrate that violence against women is an epidemic in Australia.

But we are in a position to lower them.

The research is overwhelmingly clear. Violence against women can start long before intimidation or a fist is raised. It starts with attitudes and behaviours in young children, attitudes that their parents held before them, and so the cycle continues.

Often people may not even realise that the things they say and do, or inaccurate stereotypes and perceptions, may be contributing to the problem. We hear a horrible story about a girl being assaulted by a boy she knew and we warn our daughters to be careful but we often don’t think to speak to our sons about respect and consent. It’s these gaps in communication that we need to begin to fill.

It’s not acceptable that we still hear people of influence on television making sexist or disrespectful remarks about women. Not when we now know that these attitudes are part of a culture that excuses violence against women. Young boys and girls who grow up hearing that girls are weak, and that boys need to be tough and in control, are being conditioned to repeat harmful gender stereotypes. It conditions girls to expect disrespect, and tells boys that it’s okay if it’s “just a joke”.

Stereotypes are damaging, especially when women and men don’t conform to the attributes, roles and behaviours that are expected of them. Stereotypes don’t reflect our diverse society and encourage people to use insulting labels to describe others who are different to them.

It’s clear that changes need to be made at a high level. But we can also make small, important changes in what we say and do – at home, in school or at work.

We can all start with ourselves, with the people in our lives, with the interactions we have. As parents, teachers, coaches and employers we have a big impact on young people, we can change attitudes and behaviours bit by bit.

With many voices making small changes we can ensure consistency at home, in schools, on the sports field in communities and our workplaces.

It starts with the way we think, then with the words we use. The next time you react to a TV commentator saying something disrespectful about a female colleague or sportsperson, remember that your attitude towards the situation will be absorbed and mirrored by your children.

Your children may not fully understand the wider context of gender inequality and violence against women, so it’s up to you to explain to them why this is unacceptable, and what they can learn from it.

If we want to change the statistics of violence against women in Australia, we have to start from the beginning. Start by reflecting on our own attitudes and behaviours and where they came from, so that we can stop passing them on to our children and help create a future free from gender inequality and violence.

[1] Steering Committee for the Review of Government Service Provision (2014), quoted on the ANROWs website: https://www.ourwatch.org.au/Understanding-Violence/Facts-and-figures.