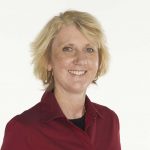 From the age of about 9 or 10 to the early teenage years, children are completely immersed in family life. Family decisions, parents’ attitudes, whether they stop to help a stranger or break the speed limit when driving – all of this absorbed by children like the process of osmosis. While we often think our attitudes and behaviours come from values that we decide or feelings in our heart, they are actually an imprint on our brain that is shaped by family and patterned by experiences. This imprint becomes part of how we think, an automatic template that guides our reactions in everyday situations.

During the formative years, parents and other close adult influencers have a huge impact on a child’s development. Parents receive a barrage of advice on how to raise children, but the truth is that the most important thing you can do is set an example by regularly demonstrating and explaining what you consider to be good behaviour.

This includes teaching children to respect family and friends, using polite language when talking to and about others, and being mindful of gender stereotypes. It also means showing them techniques for dealing with anger and frustration in a measured way. Bearing in mind that just because they are boys, they don’t need to react with aggression or if they are girls, they should know it’s not normal to be teased or hurt by boys.

If you’ve grown up in a house with lots of yelling, you’re more likely to continue yelling. You start to re-enact the behaviours that you’ve lived with. You don’t think about it too much, because it’s just part of what you see as being ‘normal’. It is the same if you grow up in a house filled with junk food, you’re more likely to eat junk food as you get older and establish your own eating habits. Fortunately these behaviours don’t have to continue in a cycle.

A young person’s brain is built to learn and adapt. If teenagers have an aspect of their behaviour explicitly pointed out to them, they can begin to change those automatic responses.

As parents we must be realistic about what we expect of ourselves – it’s not possible to be the perfect role model all the time. But by picking up on disrespectful behaviours in children, both boys and girls, and giving them the chance to consciously think about other ways they could respond, you’re giving them the tools to teach themselves.

As adults, many of us default to what we know, saying throw away lines such as “boys will be boys” or “it’s ok, it’s just because he likes you”, simply because we’re not aware of other ways to deal with conflict, aggression or disrespect. It’s important that we educate ourselves on the simple things we can do and say and not be afraid to use our own experiences as learning opportunities.

There’s popular saying among parenting experts “you never parent well when you’re over emotional.” If possible, it’s best to have conversations about appropriate attitudes and behaviours with your children before a problem arises.

It’s hard for a child to know what’s right and what’s wrong and be tolerant all the time, and it’s normal for them to express anger and frustration. As parents and other close adults it’s important that we recognise the weight of our influence on young people. As well as modelling good behaviours, we need draw attention to and address disrespectful behaviour when we see it – in ourselves and in our children. This will give them the best chance of developing positive and healthy attitudes as they grow.