Blog
Listen
You are here: Home › Blog › Breaking the cycle of violence: the role of parents

Breaking the cycle of violence: the role of parents 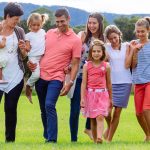 Violence against women in Australia is a serious but preventable issue.

Violence affects both men and women, but not equally. While many men are victims of violence, statistics repeatedly show that women are harmed, physically, sexually and emotionally by someone known to them far more often than men1.

On average, since the age of 15, one in three Australian women has been a victim of physical assault2. About a quarter of young people are prepared to excuse violence from a partner (depending on the scenario)3. One woman is killed nearly every week at the hands of a current or former partner4.

“What if one Aussie a week was being killed on our train stations?” asked Ken Lay, Victoria’s former Chief Commissioner of Police.

Annabel Crabb suggested that, if one person each week was being killed by sharks, we’d drain the oceans.

With violence affecting so many women, we have to ask where the problem starts – and we have to stop it there, right from the start. And the answer is simple and subtle. In fact so subtle that we may not even be aware of it.

The problem of violence against women starts with beliefs and attitudes we may be teaching to our children.

Sometimes we play down disrespect towards girls and say things like “it’s only a bit of fun”. This teaches girls that they should be flattered, rather than upset when they’re insulted.

We also play down aggression as just part of being a boy when we laugh, shrug, and say, “he’s just going through a phase.” We should never excuse disrespect, intimidation or aggression towards anyone, including girls.

And sometimes we actually shift the blame to the girl in these situations. We ask, “what did she do to him? Did she provoke him?” and send the message that she caused him to yell, treat her with disrespect or act aggressively towards her.

Parents are the most influential people in their children’s lives. They absorb our words and actions. When they hear us say things that teach disrespect, they accept the ideas and values we often don’t even realise we are transmitting.

In most cases, no.

Does that make disrespectful behaviour okay? Absolutely not.

If we are open to thinking about the way we handle disrespect, aggression and victim blaming, we are taking the first step towards creating change. It’s a long-term goal to create a cultural shift, but its one that will not only benefit our daughters, sisters, and partners, but all Australians.

Some of us might feel a little uncomfortable. Some might be dismissive. But, many of us are not even aware that we do or say things that could promote those disrespectful attitudes. Becoming aware of our thoughts, our words and our actions can help stop the cycle of violence against women.